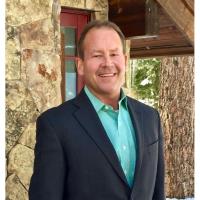 Is Your Contractor Really an Employee? What You Need to Know after AB 5

It is not uncommon for employers to classify their employees as independent contractors so the employer may avoid minimum wage or overtime laws, the need to pay payroll taxes, and the need to comply with other legal requirements such as providing meal periods and rest breaks, or business expense reimbursement. Employers also avoid workers' compensation, disability and unemployment insurance. Classifying workers as independent contractors is now significantly more difficult.

In September of this year, Governor Gavin Newsom signed into law California Assembly Bill 5 (“AB 5”), which codifies as statute, and expands, the California Supreme Court’s holding in Dynamex Operations West, Inc. v. Superior Court of Los Angeles (2018) 4 Cal.5th 903. The Dynamex decision created a presumption that a worker who performs services for a service recipient (i.e., the company or individual who hires the worker) is an “employee” for purposes of claims for wages and benefits arising under wage orders issued by the Industrial Welfare Commission (the “IWC”). The law after Dynamex required application of a 3-part test, commonly known as the “ABC” test, to establish that a worker is an independent contractor for IWC Wage Order purposes.

Under the ABC test, a worker is presumed to be an employee for IWC Wage Order purposes unless the company proves that the worker:

(A) Is free from the control and direction of the company in performing work, both practically and in the contractual agreement between the parties; and

(B) Performs work that is outside the usual course of the company’s business; and

(C) Is customarily engaged in an independently established trade, occupation, or business of the same nature as the work performed for the company.

Part (A) is evocative of the right-to-control component of the multi-factor Borello test (S.G. Borello & Sons, Inc. v. Department of Industrial Relations (1989) 48 Cal.3d), Parts (B) and (C) inject new stringent factors which make it significantly more difficult to classify workers as independent contractors.

In order for a company with an independent contractor to beat the presumption that its worker is an “employee”, the company must demonstrate that all three are true. Under AB 5 (codified in Sections 2750.3 and 3351 of the Labor Code, and Sections 606.5 and 621 of the Unemployment Insurance Code), application of the ABC test is broadened, and now applies to determine employee/independent contractor status for not only IWC Orders, but also under any provision of the Labor Code and the Unemployment Insurance Code.

The ABC test will apply unless a specified exception applies or unless a court orders it inapplicable in a particular case. When the ABC test doesn’t apply, whether by exception or by court order, then the Borello economic realities test will continue to apply. By statute (Labor Code Section 2750.3), Dynamex and the ABC test do not apply to various occupations and business relationships:

All other occupations are covered under AB 5, so the ABC test applies. If an exemption applies, the Borello test governs the worker classification issue.

Beginning on January 1, 2020, the ABC test will be the test used to determine whether a worker providing services in California is an "employee" for purposes of not only California Wage Orders, but also the Labor Code in general, and for purposes of the Unemployment Insurance Code; and, beginning July 1, 2020, for workers’ compensation purposes. Independent contractors may use the ABC test to assert they are really employees, and are thus entitled to reimbursement of business expenses, entitled to receive accurate and complete wage statements, that they should be covered by unemployment and workers compensation insurance.

AB 5 states that "specified Labor Code provisions of the bill apply retroactively to existing claims and actions to the maximum extent permitted by law while other provisions apply to work performed on or after January 1, 2020." The ABC test applies retroactively "with regard to wage orders of the Industrial Welfare Commission and violations of the Labor Code relating to wage orders" as do all exceptions "to the maximum extent permitted by law."

However, there is an open question as to whether the Dynamex decision has retroactive effect. In its now-withdrawn Vazquez opinion, the Ninth Circuit Court of Appeals had held that California law required retroactive application of the Dynamex test.  See Vazquez v. Jan-Pro Int’l, Inc., 930 F.3d 1107 (9th Cir. 2019). In July of this year the Ninth Circuit withdrew its decision, instead certifying the retroactivity question to the California Supreme Court. Had the Vazquez not been withdrawn, federal courts could be applying the ABC test to misclassification claims reaching back as far as the four-year statute of limitations under California’s Unfair Competition Law. Many commentators believe the withdrawal is only a temporary victory for employers.

What Employers Should Do

January 1, 2020 is on the horizon, and with the potential uncertainty surrounding worker status, there are a number of steps California service recipients should consider taking now:

• Analyze whether their independent contractor relationships are really sustainable as such under AB 5. If the relationship fails the ABC test (or the Borello economic realities test for an exempt occupation), the company is exposed to risks of claims from contractors claiming to be employees, and government authorities taking action.

• Companies using independent contractors should shore up their relationships, making sure they meet the prongs of the ABC test. Service recipients should ensure they meet prong “A” by ensuring the worker is not subject to their direction and control. And they can better assure passing prong “C” by making sure the worker is a bona fide independent contractor, holds himself or herself out as an actual business offering services in the marketplace, works for others, possesses all required licenses, and performs work for other clients.

• Consider restructuring the services relationship so that the worker is neither an employee or independent contractor. Maybe the company provides marketing and management services to the worker, with the worker billing customers directly as an independent business, with the service recipient being paid a fee or rent for use of equipment or space.

• If it is determined that contractors should be transitioned to employees, then care should be taken in how that transition is made.

If you would like further information on this topic, or have other legal questions affecting small business owners, please feel free to call Bob Buchanan at (530) 582-4747, or email him at bob@buchananlaw.com.

Deciding what to do is only the first step – how to transition workers from independent contractors to employees is just as important to avoid triggering claims for past misclassification.